impressme
your brand, grand!
Commenting on the bad nature of comments impressme 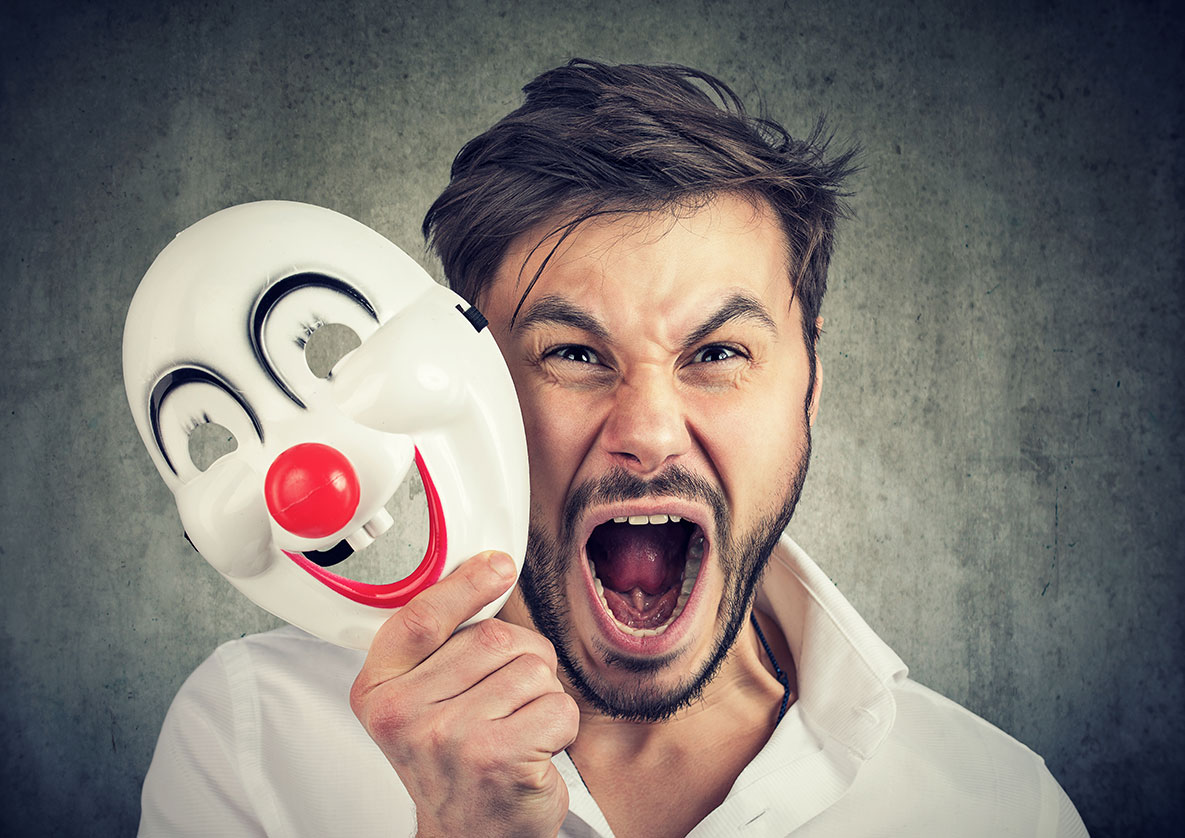 John shows a kind attitude towards his partners, his family, his friends, and his neighbours.

But John’s personality is transformed into something completely different, every time he leaves his own comment on the internet. Paradoxically, John’s comments are especially mean, malicious and insulting.

John turns into an outlier, a flamer, and a troll, whenever he is on the internet.

What is really wrong with him?

The psychologists all over the world agree on the split effect happening on a personality, whenever he/she becomes part of the vast mob of the internet world.

The simplest psychological explanation we may give about John’s transformation is that John suppresses various traumas inside during his daily life. He is not as calm, kind and cool he may seem. He gathers anger and bitterness, feelings that he holds inside because he can’t express them face to face, to the right persons. The more he lacks courage, the more aggressive becomes his attitude online.

Throwing light on the weird phenomenon of those people who regard as their mission in life to write disgusting comments online about anything in the world, we observe that most of them are hiding behind anonymity, where they feel unstoppable, and they believe that they can say anything, as malicious as may be, without any punishment. A crime with no punishment, anyone would say.

According to a theory, it is much easier for a person to write something malicious than say it. Whenever someone writes malicious comments online, he disconnects himself emotionally from the impact of his action as if the words are written by themselves and then they are thrown to the void. The excessive maliciousness comes as a natural action of their hands, that has little to do with any logical brain process of what they say, where they send it, how many people will see it and how will feel the one person to whom, in particular, they are addressed to, even he is just the writer of the article.

The well-known “nasty effect” describes the phenomenon where the nastiest the comments, the more fanatic the readers become, regarding the content of the article. The psychologists remark the critical difference between the face-to-face communication and the most remote, faceless ways of communication. When there is no body language, no gestures, and tone of voice, comments become more impersonal and cold.   The more impersonal the way of communication, the more difficult it gets to communicate with each other, to understand each other, and care about the other person's feelings.

The environment of a website also plays an important role in the nature of the comments. A football game provokes totally different feelings and reactions than a school event.

Extreme aggression, also, relates to negative examples given by media, where usually bad behaviour is presented as a cool and accepted one on the path to fame. Famous "bad boys" may encourage with their bad example their fans to be aggressive without any reason.

The mean comments have no aim to solve anything in the end. They just become a bad habit, a safety valve for their anger and bitterness. They swear just for the sake of swearing. They hurt just for the sake of hurting. They insult just for the sake of insult. They believe that no one can see them, that they can behave in a most despicable way with no punishment at all.  The distance doesn’t allow them to understand that their behavior has a huge impact on other people’ s real lives.

If only we could see how many teenagers commit suicide globally, because of the web bullying, we would understand how dangerous and abusive insulting words are. How these words have the power to distort the teenager’s perception of themselves and their lives, and finally, lead them to a road to nowhere, helpless, desperate, and alone.

Teenagers, how strong and fragile at the same time! How inconsistent creatures in their attitude! The same teenagers who would do anything to hide their personal life from their parents, who would get really mad with the slightest suspicion of their mum intruding in their rooms and their privacy, the same teenagers, show no concern about sharing anything with anyone online. They share comments, moments and photos that they would never think of sharing in real life. While many campaigns talk about the dangers of overexposing online, the teenagers keep on sharing spicy details of their daily life, that become vitriolic words on the comments of their watchers. Unfortunately, the illusion that all these bad things happen and stay in a box remains strong.

Famous people close their social media, whenever they feel more vulnerable to attacks. No one is either so trained or tough, to accept such aggressiveness without hurting oneself.

Is there any solution? How can a person or a brand protect oneself from the hostile, angry crowd? A man, who used to work as a comment moderator for ten years, wrote an article about his business experience and compared it to a long-time abusive relationship.

A solution might be the permanent removal of the comments. Some websites have already made this choice. But this cuts into the connection between the person/brand and their followers.

Furthermore, in a situation with a bad ending, such as a teenager’s suicide, the Cyber Crime Unit undertakes the mission to find the responsible one who pushed this teenager to suicide. Because the crime demands punishment and anyone should stop believing that anonymity hurts no one.

We hope that soon John will decide to go, as he should, to a psychologist, to express his anger and jealousy issues, to communicate face-to-face with his close people, to solve his problems, and finally, become a really calm, cool and kind person.

Are we really optimist enough to believe that the bad nature of comments will change?