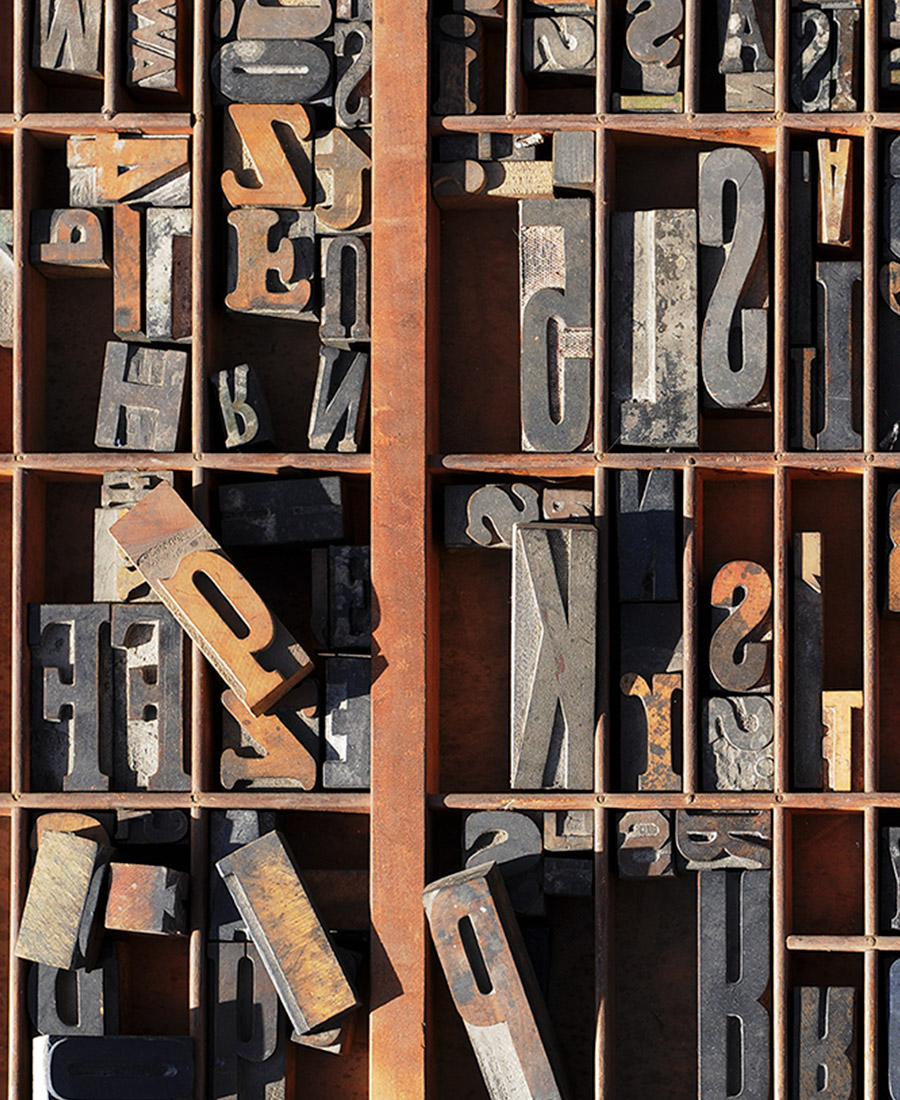 The design worships the letters! Either for typography and logos or art exhibitions, in recent years the designers and graphic designers worldwide have done their job ...  literally!

A few years ago, 24 Greek graphic artists met and each one of them has created his own Greek letter for a unique new Greek font!

When the Whitney Museum of Modern Art changed its corporate identity in 2015, the design studio Experimental Jetset, based in Amsterdam, gave W unexpected creative extensions!

In a project of CESS studio, based in Madrid, entitled "Art-phabet", 26 Spanish artists gave a 3-D dimension to the letters of the English alphabet, sometimes in a humorous ways but always with originality.

From A-Z, the letters inspire and create, in their simplicity, intricate creative concepts, but they also put things into order! In her first art exhibition Elli Kyriaki Papapostolou exposed the series "Alphabet Collection" or how X can be used as a beautiful vase and Π may become the perfect table!

Though there are only 24 letters in an alphabet, their application is infinite and the creative examples of the latest alphabetical trend seem to be without an end! It’s the first time that the design presents itself so literate, that fairly the whole world exclaims Ohohoh with every XYZ project!